The best alternatives to cable TV are plentiful these days! As cable and satellite TV prices climbed into the stratosphere, new ways to compete with them have popped up. Streaming devices, Roku, Amazon Fire and Chromecast to name a few, have entered the market each with a multitude of streaming services available on each. Shows on Netflix and Amazon are talked about around the water cooler at work these days more than the shows on CBS, NBC, ABC and Fox. My we have come a long way from the days of three channels and black and white TV. So let’s get started. 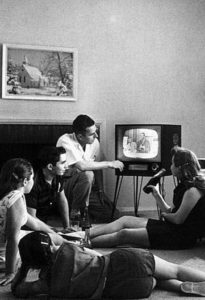 Fifty or sixty years ago, cable TV started appearing around the country. It all started in more rural areas that were 100 or so miles from a major city. Simply put, new cable TV companies would put antennas on the local radio station tower, and pull in all the stations from a large city, including that city’s sports teams, and rebroadcast it to the small towns inhabitants, pretty novel idea! Where I grew up in Central Missouri, we only had two stations, with cable we had 12, channels 2 through 13. We got the two channels we usually got plus all the channels from Kansas City. That was quite special and it only cost a few dollars a month.

I had been a Dish Network customer for twenty years. When I changed to Dish, I was fed up with Comcast and their rate increases and poor picture quality and made the switch. I had the second tier with Dish, which was basically everything, less the premium movie channels and sports. I added the sports package after several years, I just had to have NFL Redzone. I did not have the DVR, the Hopper, although I really wanted it, but I couldn’t justify the money for it in my mind. So I had all the channels that I wanted and about seventy-five to a hundred channels I did not want. But that was okay, my family was content.

I always saw DirecTV’s adds and looked into switching to DirecTV, but their extremely high price always stopped me from making that change. We were content with Dish until late 2016, my wife was complaining to me about DIsh’s high price. I was not aware of what we paid (my wife pays the bills), then she told me we were paying about $130 a month. I was floored, I couldn’t believe it, so I started looking into other ways to entertain the family with television, at lower costs. If we were going to make changes, I wanted about what we had, but I really wanted the DVR and more quality movies. With Dish we had Encore, which was generally ten to twenty year old movies, most of which we had already seen.

So once again I looked into DirecTV. It was going to be about $110 month for the first three months, then going from month four through twelve I would have to cancel HBO, Cinemax, Starz and Showtime or else it went up to $165 a month. I couldn’t justify $55 a month for good movies, so bye-bye to good movies. At the beginning of the second year the price without movie channels goes up to $165 a month (about $220 a month with movie channels). WOW, $35 more a month than I was paying for Dish and that was without the sports package. Well DirecTV was not an option and I wouldn’t even consider Comcast cable.

Get Better TV For Less Money

Let’s face it, TV is pretty important in our world and has been since the early 60s
or before. It is a part of our culture and will continue to be going forward. The next day at work or school the conversation went, “Oh my did you see that game” or “Did you see NCIS last night.”

My big Christmas gift in 2016 was a Roku Streamer. It has changed my life, I now watch Stranger 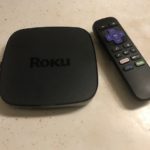 Things, The Ranch and Ozark on Netflix. But I would binge watch all eight or ten shows in about a week and now what do I do? Well, Netflix, Hulu and Amazon Prime are great additions, at about $8 a month each, but I still don’t have my local channels and my main channels I watched on Dish. Plus I want more quality movies, sports and a DVR, also, I have televisions in five rooms and the possibility of four different people watching four different things! What is the answer for all of this?

And the Answer Is…

With PlayStation VUE I purchased the top tier, which is about 110 channels and I also purchased the sports package which has sixteen channels, including NFL RedZone (gotta have it). The regional sports channels for me here in central Illinois cover the St. Louis Cardinals and Blues, the Indiana Pacers and all the Chicago area teams, Cubs, White Sox, Blackhawks and Bulls.

The neatest thing about PlayStation VUE is when you login, you have to tell it who is watching. Then you can pick shows that you like and every time that show is on, it is recorded on the DVR Cloud. The DVR isn’t a physical thing, there is no hardware, but all the shows that you make, “my show” gets recorded. You can even have “my channel” and it records everything on that channel. The only drawback, which for me isn’t much of a drawback, is that the shows are only stored for 28 days. There is also a lot of Video On Demand on each channel. Therefore, I rarely watch actual live TV, I watch whatever I want, whenever I want.

So now I have satisfied all but one of my television needs. I have a majority of the main channels I 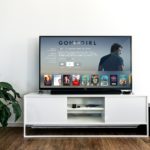 watched on Dish, I have many more quality movies, sports and a DVR, and I have PlayStation VUE in all five rooms. I am still missing local channels. There are a few shows I watch on network TV, so I needed an antenna. I had an antenna that hadn’t been used in fifteen years or more and doesn’t pick up much of anything. The mast it was on was in good shape. It wasn’t very tall, only about 23 feet off the ground. So I did some research and found a relatively inexpensive and easy to handle, size wise, antenna on Amazon. I bought a BoostWaves WA2608 outdoor amplified HDTV, with a motorized rotating antenna. It came with everything I needed to install it. The propaganda on this and pretty much all antennas, it seems, is that it would receive stations from as far away as 150 miles. I did not believe it, but was hoping it would draw from at least 80 miles. It only took me about two hours to install and run the cable to my two televisions, I was hooking it up to. When I tried it out I got 27 channels. That was all the networks and several digital sub channels that play old shows and movies. I was pleasantly surprised.

Well I am Happy, but…

That meets all of my criteria, right now PlayStation VUE is the best choice for me. As things evolve that can and probably will change, but I am happy with what I have for TV entertainment, and I can drop Playstation Vue any time I want. I am not locked in for two years.

I hope this has helped you with your decision about where to go to watch TV. One thing is for certain, it is not cable or satellite. If you ever need a hand or have any questions, feel free to leave them below and I will be more than happy to help you out.